This week, the Bishop of Oxford, Bishop Harries decided it would be in the best spirit of inclusion and welcome to incorporate tracts from the Quran into the next royal coronation ceremony. It is a charming thought. And one not at all meant to curry favour with Britain’s ever growing Muslim community. Yet to be really inclusive, we shouldn’t forget those in Britain who are already well integrated into the British way of life. The Sikhs, the Hindus, the Buddhists and, of course, the Jews. And then there are those more traditional British spiritual faiths that we mustn’t forget like Quakers, Druids and, well, atheists. I think the TV Times Coronation Celebration Special Issue will be featuring a Coronato-thon of a show with hours of tracts from every faith.

In a further complication, how does Bishop Harries see this working out for the inclusion aspect? In the synagogues around Britain Jews say prayers of wellbeing for the Royal Family, the British government and the British Armed Forces every Shabbat. This is integration and respect for ones adopted community at its best. In other examples, Hindus and Sikhs have long shown their loyalties at their temples to their environment and the nation where they are free to practice their faith without trepidation or threat. Yet on several occasions the suggestion of putting such patriotic narratives into the mosques has been firmly batted back. This lack of reciprocation suggests that Bishop Harries welcome and inclusion is not a two way street.

But back to our fascination with the weather and as it gets decidedly chillier in London, David Cameron took the opportunity to go somewhere even colder. The PM went off to a very frosty Poland. He went to visit Auschwitz. Unquestionably, any man or woman who visits there is compelled to reassess their values and to address their perspectives of humanity. David Cameron didn’t need words to justify his visit. His actions spoke for him. He wanted to reflect and be touched by horror. At a time when we see the heinous cruelty with ISIS, (as Canon Andrew White points out, this is an organisation which is driven without any notion of negotiation towards the destruction of all that disagree or do not meet with their philosophy, nihilists or new age Nazis if you like) maybe the PM wanted to come face to face with the evil so as to understand it better. A chill wind that might blow some good. 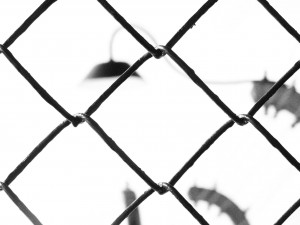 He promised to assess how the Holocaust is taught here in the UK and ensure it remains prominent and relevant in our educational curriculum. But also, it was apparent he reached out to the Jewish community here in the UK to remind us that he stands by us. Anti Semitism is rife and his actions reaffirm his real determination to address this. It is not some vote grabbing headline or antic; it is the continued reinforcement of David Cameron’s moral belief. If he wanted to grab votes he might simply take the left’s tactic of appealing to the masses and joining the Miliband-wagon of anti Israel rhetoric to ensure he curries favour with the pro Palestinian lobby. It is a sentiment not lost on the Jewish voting public which is pulling away from its Labour roots in droves.

Finally, the ever erudite Daniel Finklestein got a rather cold reception in some quarters for daring to go all “Jewish humour” on us in The Times. A pity that some couldn’t enjoy some good ol’ fashion Yiddisher self deprecation. Fantastic and very old school.

“30 Reasons why I like being a Jew”. Amongst his amusing musings were:

Chickensoup with matzo balls. One way to tell a Jew from a gentile. For all Jews chickensoup is one word.

What’s the difference between a Jew and a non Jew. A non Jew pays retail.

But numbers 29 and 30 were, I would suggest, on a level with Richard Pryor’s re-appropriation of the N-word. The last two reasons why Daniel (and I) like being a Jew

29. Control of the media

30. And Control of the international banking system

If there has been a 31st, it might have been “Being a Zionist”. But unfortunately here in the UK, the Z-word is still a little tougher to sell. Even to Jews.