When I was younger foreign correspondents amazed me.  I was inspired by the brave men and women reporting from the field of conflict. I marvelled at the personal attributes required to be a non-combatant and yet be prepared to put your head above the parapet, in the name of justice and honesty. But that admiration has waned in recent times as most journalists now report with agendas, display their personal politics and have caught the bug of TV celebrity rather than public servant. Now I am much more used to my daily media diet coming from mean mouthed, self agrandising, self publicists.

I’ve watched Orla Guerin tell us that there is “no evidence” of Hamas using human shields. I’ve watched Jon Snow stepping between the rubble calling Israelis “child murderers”. I’ve watched interview after interview on the BBC with Daniel Taub where this man, a sovereign state’s ambassador to the UK, is not afforded a modicum of respect. At the same time a blood thirsty terror representative will be given a perfect platform on news channels to justify breaking International Law by launching rockets from a school or murdering their own without trial.

It is bewildering. People say their sense of injustice is palpable. And yet what to do? What CAN you do? 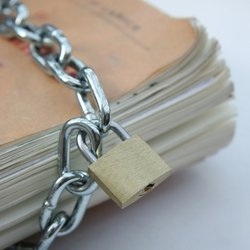 The BALEN REPORT was written 10 years ago. Its purpose was to investigate and to establish whether or not the allegations of bias against Israel by the BBC were founded. The report was completed and ready to publish, but then nothing. The BBC hid behind a legality that said that it did not have to go public on any investigation that brought into question its journalistic ability or integrity. Thus, the BBC has spent nearly half a million pounds of tax payers money on covering up these findings for over ten years. When you cursed the News at Ten for reporting the “War in Gaza” as if only one side was suffering or being attacked, when you moaned at Jeremy Bowen telling you about Israel breaking another cease fire when Hamas had been lobbing their rockets non stop through said ceasefire, when you saw a BBC political commentator rolling out anti semitic tropes about “wealthy Jews” who won’t support Labour because they don’t like the mansion tax, just remember…… you were doing it at your literal expense.

There is a petition, so sign it, or write to the BBC, write to your MP, write to the Minister of State for Culture and Media but do something. 1,000 signatures on a petition will scare the BBC. 5,000 signatures will mean the BBC will have to act, lest it finds itself at the forefront of another cover up and media trial. 100 complaints to the BBC when next they use lazy reporting to roll out an anti semitic stereotype will make them think twice. And a question in the Houses of Parliament as a result of the 1,000 letters to an MP about factual errors and bias will make the BBC more cautious in the future.

The BBC trust has to ensure that the BBC provides accurate and impartial news. The remit of the Balen report was to examine the BBC’s coverage of the Middle East.  By covering up these findings it stops the Trust is not seen to be ensuring that the BBC is a purveyor of accurate and impartial news. The BBC must be accountable to the public it serves. The report should be released without delay. Otherwise, we can only assume that the BBC has something to hide.

The petition to Release the Balen Report: www.change.org/p/the-bbc-release-the-balen-report

The Director General of The BBC is Tony Hall.

The Minister for Culture and Media is Ed Vaizey.

The Campaign for Anti Semitism in the UK regularly posts on Facebook advising people to complain to the BBC. It tells you “why to complain”, “who to complain to”, “complaint details” and it all takes about 5 minutes on your electronic device!

Or do nothing, and continue to wonder how it would be if people could think for themselves rather than be told what to think.