We know you are desperate to nail your colours to the mast, much in the same way as some of the Labour run councils across the UK have been happily hoisting Palestinian flags from their town halls. But be wary of being hoisted by your own petard.  Your latest display of passion for Palestine is the attendance as guest speaker at the Labour Friends for Palestine and the Middle East (LFPME) event in Westminster.  Your strong hand in whipping the Labour MPs to support the Parliamentary Motion in the House of Commons showed a firm affinity to Palestine’s future.  It is very clear, Mr Miliband, that you are fully committed to the future of Palestine.

And what, with all of your backing of this notional state, can you expect? What is your dream?  What’s with the support?  And who exactly are you supporting?

Your family, as you like to point out, have a strong Jewish heritage, yet that strength does not convert to a strong and secure Jewish future. Indeed, members of your family have been actively involved in supporting flotillas into Israeli waters (in direct breach of International Law) just to prove a point. I’m sure you didn’t condone such transgressions of law.  However, you like to reminisce on those happy days in your childhood, sat round the kitchen table at the grand Belsize Park family home listening to your parents, family and their political friends talk of Marxist revolutions and the righteous left’s moral high grounds.  Naturally, these fond early political narratives have left an indelible imprint on your views that rails against the only Middle Eastern democracy and egalitarian state and backs the hard line anti Zionist organisations and states surrounding Israel.

The support you have previously received from Israel and British Jews may have left you unsatisfied. Israel’s political history is deeply rooted in the Left.  The strong ties of British and Israeli Labour parties in the 1970s led to a significant number MPs with a Jewish background being involved in the British Labour Party.  Now Labour Friends of Israel is a small group amongst whose numbers, even the ex-Chairman and several members voted for the motion that you whipped up last month, so intransigent are they about Israel’s wellbeing.  So maybe you’d rather leave the “wealthy Jewish Labour benefactors” lurking behind newspaper headlines and the chattering left and go for the other voters ahead of your party’s allegiances and morals.

So as Labour’s Leader, I think we can see that your mission is to make Labour the party of the Palestinian state solution. And what sort of solution is that?

Well according to LFPME, that solution is ultimately a “one state solution”. And that state, we can safely assume, is not the State of Israel.  Now we start to get a picture of your vision of the future.  But let’s leave aside the potential provocation of the LFPME who, unlike Labour’s devious “Jewish lobby” cannot deter you from your mission to get the fledgling Palestinian state up and running.  Why is Jewish lobby referred to as “devious”?  Because the British media has been rolling out the usual racist narrative during this latest round of unfavourable news headlines for the Labour Leader.   It intimates that the Jewish lobby is able to influence everything from politics to the weather across the globe and is responsible for many negative events in the British social and political sphere.  More so, the particularly racist inference is that Jewish supporters withdrawing Labour donations is also a response to Labour’s proposed “mansion taxes” which will hit the country’s wealthy Jews particularly hard.

So, let’s cut to the quick, to the bright future for Palestine. From Jordan to the sea (as the protestors who’s bandwagon you’ve happily hitched a ride on say).   What do believe you are backing?  Do you think that Jews would be allowed to live in this state?  Hamas and Fatah have explicitly stated “no”.  Do you think that Christians would be allowed to exist in this state?  Hamas and Fatah will continue with the ethnic cleansing of other faiths which is currently ongoing throughout other parts of the Middle East.  And when you displace the Jewish state, where else where these millions of Jews go (and I’m not counting the other 6 million Israelis, who will have their own detestable problems)?  Well according to those who will be running your brave new Palestinian world, they won’t have to go to far.  As long as they are in reach of the directives of the Hamas manifesto, the plan will be simply to remove them from this mortal coil.  Mr Miliband, you’d best not visit this brave new world of yours, otherwise your heritage might just be the death of you…… 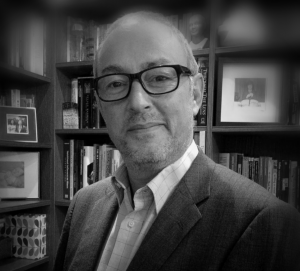